In June, we welcomed an international press group of 8 journalists and influencers to the Lake District & Peak District to showcase the best of the two regions and to celebrate 70 years of National Parks in the UK. Media representatives came from Australia, USA, China, Russia, UAE, Italy, Korea &, Norway. Thankfully the group brought the sunshine with them and their visit to the National Parks was made all the more glorious beneath the bright rays!

In the Lake District the group embarked on 4 memorable boat trips across the iconic Lakes as well as a guided walk. They also visited Lowther Castle and Dalemain Mansion to sample two of the English National Park Experiences. In addition, they visited Keswick Stone Circle, Grasmere and Wordsworth’s Dove Cottage.

In their short visit to the Peak District, they had the opportunity to visit a Well Dressing Festival in Ashford-in-the-Water and learnt about the ancient Derbyshire Custom of Well Dressing. After a traditional pub lunch, they journeyed on vintage British bikes to Tissington Hall for afternoon tea, where they were hosted by owner Sir Richard Fitz-Herbert, who on their request and much to their delight, fetched his 7 dogs out to say hello! No trip to the Peak District is complete without a visit to Chatsworth, so that afternoon they had a private tour of the house, then dined in a gastro-pub on the Chatsworth Estate.

The final day of their visit was spent in the Dark Peak region, sampling the Blue John Stone experience in Treak Cliff Cavern. The group donned overalls and helmets to prospect for their very own piece of Blue John gemstone, which they then cleaned and polished in the workshop to take home as a keepsake. After lunch, the group donned walking boots to ascend Mam Tor with a Peak District Ranger. From the apex of Mam Tor, they held the Visit Britain banner for photos with the iconic views of the Peak District as the backdrop. 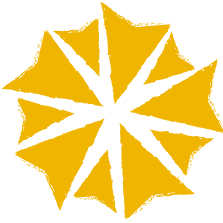